"Growing Natures Best For You"

it all starts with a seed 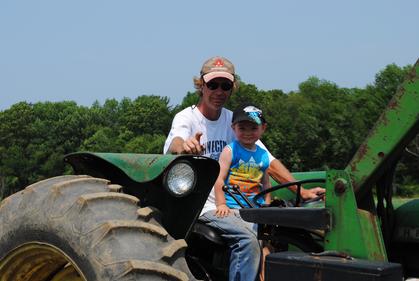 from our family farm to your table

At the early age of 12 John A. Wolchesky started his farm experience with a summer job at the Seely-Brown Orchard in Pomfret, Connecticut . Seely-Brown took John under his wing and taught him the mechanics of farming but most importantly the honor of the profession. This planted the seed to become a first generation farmer.

At the age of 25 John took over the operation of Lapsley Orchard in 1984. At that time the only crops were apples and open fields. Diversification was limited to 3 Clapps Favorite pear trees at the far corner of the orchard. John loves vegetables and has always had a big garden in his family. The garden now has grown to more than 60 acres. To further diversify his farm next came the cider mill, peaches, more pears, berries and children. Now John, his wife Patti, son Michael and daughter Olivia grow pretty much everything under the sun. All sold at the retail stand and local restaurants.

When John Wolchesky first started at Lapsley Orchard in 1984 the terms 'shop local' and 'farmer's market' hadn't really caught on as a trend. Farmers wholesaled their goods to the big supermarkets where all needs were found in one stop. The farm stand building was just a place to pack boxes, and occasionally a retail customer would wander in. The problem for John occurred when he found himself on the road, 5 or more days a week, making deliveries all through the tri-states. Eight years into this process a decision was made to cut off all ties with wholesaling, and instead focus on the retail market right on the farm. This meant to build an authentic, quality brand focusing on all of what Lapsley Orchard could offer.

Now, all the fruits and vegetables sold in the stand are grown on the farm. Other goodies from neighboring farms such as maple syrup, honey, maple candy, jams and jellies, meats and more are also available.

Lapsley Orchard remains a pioneer of farm production and marketing. It is a grand example of a New England farm at its best. 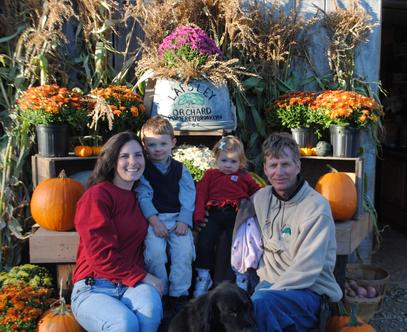